The BBC has launched a test version of an online searchable catalogue of its TV and radio programme broadcasts.

The Genome Project is based on scans of Radio Times magazine listings published between 1923 and 2009. Searches bring up a synopsis, a cast list and an edit button.

It is designed to help the BBC identify programmes missing from its recorded archive and try to find copies of them.

The scheme was given its name because the corporation likens each of it programmes to “tiny pieces of BBC DNA” that will form a “data spine” once reassembled. 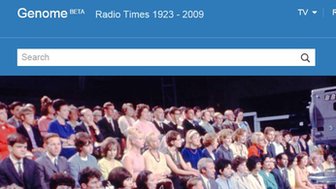 Most of the BBC’s early output was not recorded, and later many shows were destroyed or wiped over.

The hope is that the project will lead to programmes being recovered if the public realises they have audio or video recordings of their own.

Specific shows can be searched for, alternatively visitors can browse the issue archive by year, providing a way to see old Radio Times covers.

The archivists said they expected searches for old Doctor Who episodes to prove particularly popular.

“Genome is the closest we currently have to a comprehensive broadcast history of the BBC,” said Hilary Bishop, editor of archive development at the BBC.

“It is highly likely that somewhere out there, in lofts, sheds and basements across the world, many of these ‘missing’ programmes will have been recorded and kept by generations of TV and radio fans.

“So, we’re hoping to use Genome as …read more

One Flew Over the Cuckoo's Nest: Nurse Ratched...

Zac Efron: Baywatch will be 'raw'