The BBC has refused to apologise to Argentina over a Top Gear special filmed in the country.

The show’s stars and crew had to abandon filming last month amid angry protests over a car number-plate that appeared to refer to the Falklands War.

In a letter to Ms Castro that has been made public, Mr Cohen said the BBC would still broadcast the programme.

He said: “I am very aware that some have questioned whether the number-plates were in some way a prank.

“I would like to reassure you again that nothing we have seen or read since the team returned supports the view that this was a deliberate act.” However there was no explicit apology.

Top Gear presenter Jeremy Clarkson said he was “shocked” when someone pointed out the link between the number-plate and the Falklands War when they were days into filming.

A Porsche they were using had the registration H982 FKL, which some suggested could refer to the Falklands conflict between the UK and Argentina in 1982.

Top Gear executive producer Andy Wilman has denied that the number-plate was a “stunt”. 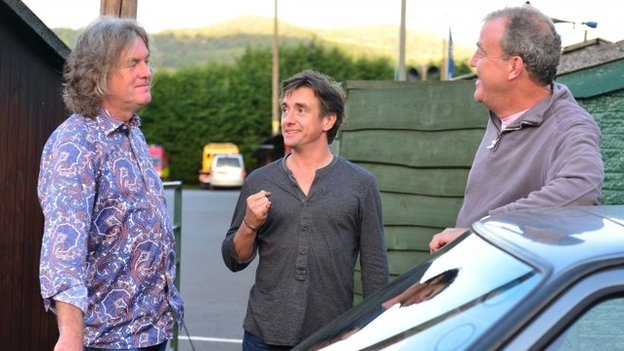 Mr Cohen said Clarkson, who also writes for two national newspapers, “stands by” the accounts he has provided in his columns.

The Top Gear special saw Clarkson and co-stars Richard Hammond and James May drive the famous Patagonian highway – Route 40 – to the southern city of Ushuaia.

Mr Cohen said that when the show is broadcast, the corporation …read more

American Gothic to be displayed at London's Royal...