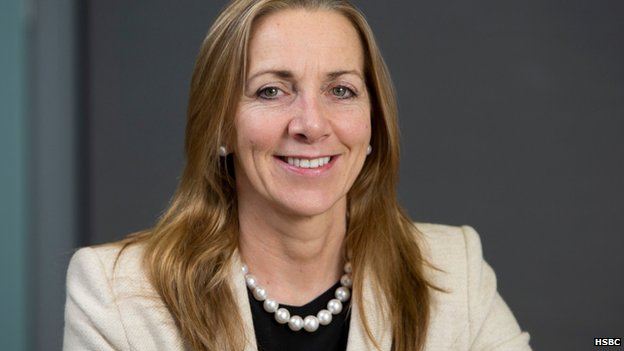 Rona Fairhead, the preferred candidate to take over from Lord Patten as the new chair of the BBC Trust, is being quizzed by MPs over her appointment.

Mrs Fairhead would be the first woman to hold the position.

She denied claims the government was determined to appoint a woman, telling the Culture, Media and Sport Committee: “I felt the process was, for my mind, a standard process”.

She refused to pass judgement on her predecessor’s job performance.

Mrs Fairhead – the ex-head of the Financial Times Group – said it was “public knowledge that mistakes were made” but added she had “no intention of saying anything negative”.

Lord Patten, who was appointed in 2011, left the job of chairman on health grounds following major heart surgery.

Mrs Fairhead was chairwoman and chief executive of the Financial Times Group between 2006 and 2013 as part of a 12-year career with its owner, Pearson, and is a non-executive director at HSBC and PepsiCo.

When asked what made her qualified to head up the Trust – the body in charge of overseeing the BBC – she said she “woke up and went to bed with the BBC”, saying she listened to Radio 4’s Today programme and watched the news channel.

She also told MPs she was a fan of Doctor Who as a child and would “wake up early on Sunday to Match of the Day” which she continued to watch with her children.

“I watch across the range of the BBC,” she added.

“Dramas – Sherlock is a massive favourite in our family – An Honourable Woman was fantastic. Some members of my family love the British Bake Off, and we all watched Strictly this weekend. “