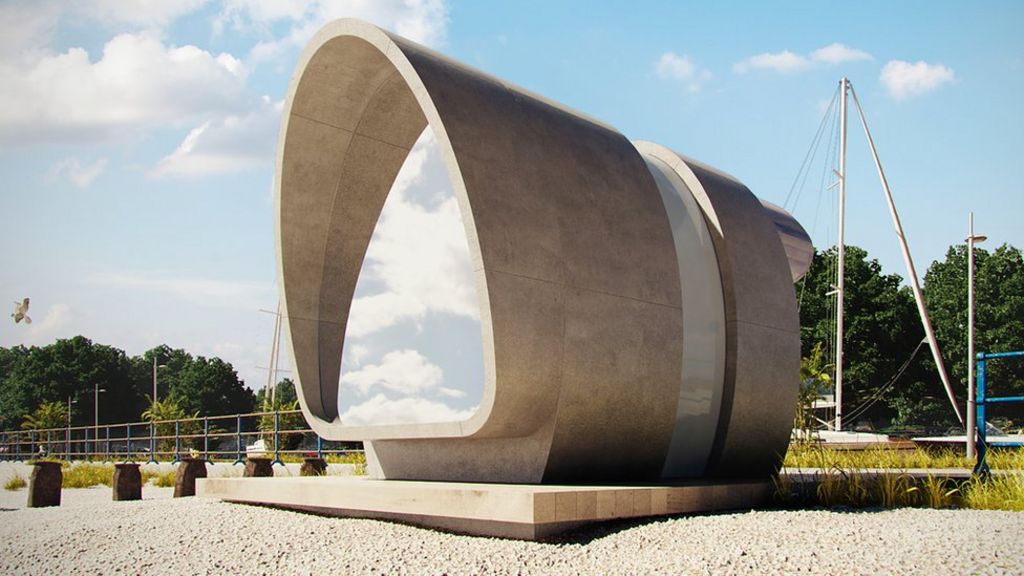 A group of students with learning difficulties are among the winners of a contest to re-imagine that most British of seaside traditions – the beach hut.

The design by eight young adults from Sussex Downs College will be built on Eastbourne seafront, with four others by architects from around the world.

The competition attracted 50 entries, with the winners chosen by public vote and a panel of judges.

One judge said the structures were “unique and eclectic”.

The Sussex Downs students worked on their design, inspired by happy times at the beach, during ceramics classes led by artist Sheila Hay.

“The idea for the hut is that it is all clad in ceramic tiles, some of which will be made by the students themselves,” said Ms Hay.

“I am absolutely thrilled they have won.

“To win along with international architects is fantastic – I don’t know if they will appreciate the significance of that but they do know about being winners or losers.”

The students’ entry won the community category in The Huts Eastbourne competition.

Four entries from professional architects will also be built on sites to the east of Eastbourne Pier, alongside attractions such as the Redoubt Museum.

The new beach huts are part of the regeneration of the Devonshire area, which includes £40m of improvements to Devonshire Park Lawn Tennis Club and the Congress Theatre.

The council currently has 87 huts and 69 brick-built chalets, all west of the pier, and is planning to install another 20 traditional beach huts in the new location.

Some of the winning 64 sq ft (6 sq m) designs will be used for beachfront kiosks, while others will be rented out to beach-goers.

Large beach huts operated by the council are let for £800 per year, while the brick-built chalets cost nearly £3,000 for residents.

Harman 'happy to be overruled' on cuts