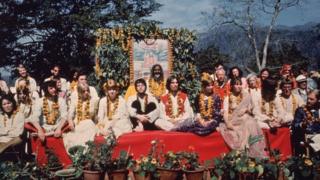 From the section India

An abandoned spiritual retreat in the Indian town of Rishikesh where The Beatles learned to meditate has been opened to the public.

The Beatles spent time at the 18-acre ashram, meditating and writing songs in 1968. Many of the songs made it onto the band’s iconic White Album.

The ashram was run by Maharishi Mahesh Yogi, a flamboyant self-styled Indian guru, who died in 2008.

It was abandoned by the guru and his followers in the 1970s.

But the retreat, which was taken over by the …read more