Becky Watts had 'more than 40 injuries' 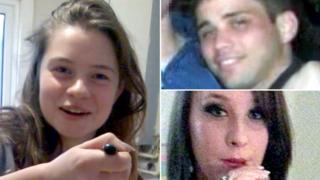 Becky Watts trial: ‘More than 40 injuries to her body’

Teenager Becky Watts, whose dismembered remains were found in a garden shed, received more than 40 separate injuries, a court has been told.

The jury was shown computer generated reconstructions of injuries to Becky’s head, arms, legs and torso.

The prosecution alleges the 16-year-old was killed at her Bristol home and her body later dismembered. Body parts were found at an address in Barton Court.