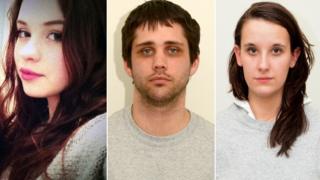 One of the couple convicted of killing Becky Watts has said she will appeal against her conviction and sentence.

Shauna Hoare, 21, was convicted of Becky’s manslaughter and jailed for 17 years at Bristol Crown Court. She has applied for leave to appeal.

Her boyfriend, Nathan Matthews, was convicted of his step-sister’s murder.

Matthews, 28, suffocated the teenager at her home in the St George area of Bristol on 19 February while trying to kidnap her. …read more