Lynda Bellingham says she would like to make one more Christmas

Actress Lynda Bellingham, who is suffering from cancer, has said she has chosen to stop chemotherapy.

Bellingham, 66, is known for shows such as All Creatures Great and Small and Loose Women, as well as the Oxo TV adverts screened in the 1980s and 90s.

She was diagnosed with colon cancer, which has since spread to her lungs and liver, in July 2013.

Writing in her autobiography, Bellingham said she told doctors she wanted treatment to stop in November.

In the book, which is being serialised in the Mail on Sunday, she says in an entry dated 13 August 2014: “I sat down with Michael [Bellingham’s husband] and Professor Stebbing [her oncologist] and announced: ‘The time has come to cease and desist.

“‘I would love to make one more Christmas, if possible, but I want to stop taking chemo around November in order to pass away by the end of January’.”

She said the chemotherapy was so strong her body was “protesting”, and she was in pain and discomfort.

On Friday night Bellingham tweeted: “Hi guys back from my holiday… All revealed! I would appreciate your support. x”

Earlier this year, the Loose Women panellist picked up an OBE from Buckingham Palace in recognition for a career that has spanned 40 years. 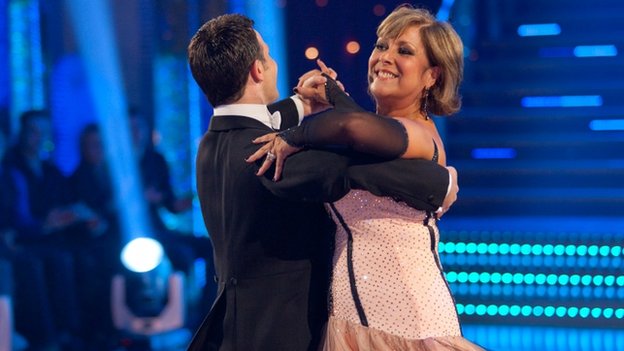 Up until her cancer diagnosis she was a regular on the show and was a contestant on Strictly Come Dancing four years ago.

When she made her illness publicly known she was about to embark on a UK tour of Kay Mellor’s play A Passionate Woman. She …read more

X Factor: And the judges' guests are…