A musical version of the hit British comedy film Bend It Like Beckham is to open in the West End next year.

It will be written and directed by Gurinder Chadha, who also made the 2002 movie starring Parminder Nagra and Keira Knightley.

The musical will retell the story of teenager Jess, a Punjabi Sikh who loves football but is forbidden to play by her parents.

It will open at the Phoenix Theatre on 24 June, with previews from 15 May.

Chadha has written the script for the show with Paul Mayeda Berges, who also worked on the film.

“Developing Bend It Like Beckham for the stage has been the most enjoyable creative process of my career so far,” Chadha said.

“It was always my intention to build on the film and to present its themes and storylines to live audiences in an exciting new dynamic way.

“I believe we are presenting a totally new kind of musical – part West End, part London Punjabi, but whole-heartedly British.” 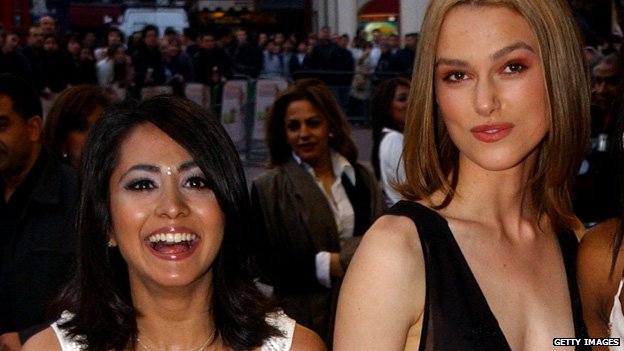 The production’s music has been written by Howard Goodall whose previous musicals include Girlfriends, The Dreaming and Love Story. Lyrics are by Charles Hart, who counts The Phantom of the Opera and Aspect of Love among his credits. Casting has yet to be announced.

Bend It Like Beckham was a box office and critical hit when it was released in cinemas, launching the career of Knightley.

It was nominated for a Bafta and Golden Globe in 2003 and went on to win a British Comedy Award for best film.

This entry passed through the Full-Text RSS service – if this is your content and you’re reading it on someone else’s site, …read more

Morgan back on Saturday Night Live