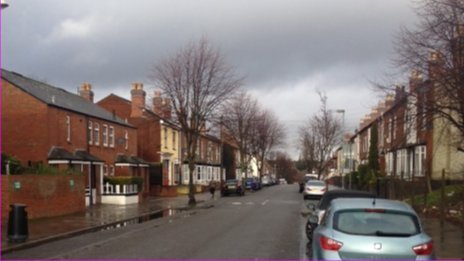 The three women were charged after raids in June 2013

Three residents of a road dubbed Benefits Street after a television programme have denied plotting to deal drugs including crack cocaine.

Tina Thomas, Charlene Wilson and Samora Roberts, who was known as Black Dee in the show, were charged after a series of raids in Birmingham in June 2013.

The women, all of James Turner Street, Winson Green, each pleaded not guilty to three counts of conspiracy to supply class A and B drugs.

They are due to stand trial on 4 May.

They were granted unconditional bail after a hearing at Birmingham Crown Court.

Ms Thomas, 47, Ms Wilson, 30, and Ms Roberts, 32, are accused of conspiring to supply Class A and B drugs, including crack cocaine, diamorphine and cannabis, between March and June 2013.

Ms Roberts pleaded not guilty to two additional counts of possessing ammunition without a firearms certificate on 14 June 2013.

Smith: I'd love to take Funny Girl to...