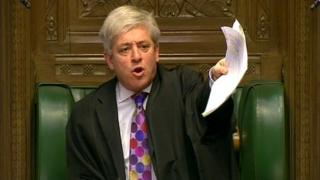 Commons Speaker John Bercow is now paid more than the prime minister after accepting an extra pay rise on top of the 10% already handed to MPs.

Unlike the PM and ministers, Mr Bercow accepted an additional 0.62% increase to the salary for his official role.

The rise has apparently been triggered by an obscure part of the legislation underpinning the pay of officeholders.

This means it has increased in line with the average granted to senior civil servants at the end of each parliament.

David Cameron has given up his non-contributory half-salary prime ministerial pension but Mr Bercow has held on to his – although he has said he will not draw it until he turns 65.

In addition, Mr Bercow does not appear to pay any taxable benefit for his grace-and-favour home, …read more