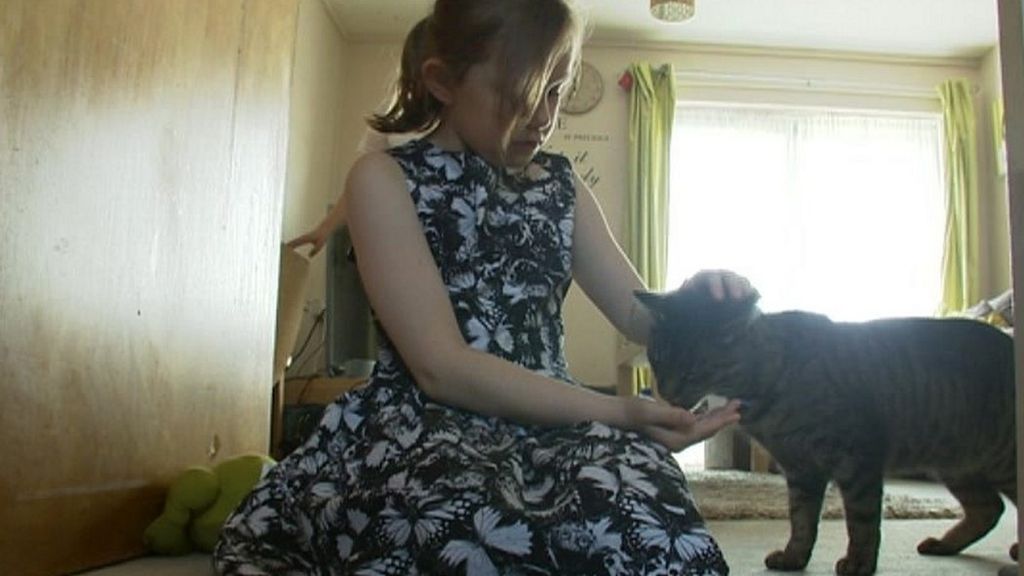 A seven-year-old girl whose mother died in a house fire has been told she can keep her pet cat after it was given a reprieve by a housing association.

Kaitlin and Jack moved in to her aunt’s flat after the fire in 2013 but Jack faced eviction following complaints he was urinating in hallways in the block.

Hyde Housing Association has now said he can stay at the West Sussex flats after 3,695 people signed a petition.

Kaitlin’s aunt Karine Charrett said they were over the moon.

Jack was found three days after the fire by neighbours and Kaitlin said he stopped her from feeling lonely.

“When I am upset Jack is always there for me – he always cuddles me and I cuddle him.”

Ms Charrett, who disputed claims Jack fouled the building, said a meeting with on Wednesday with representatives from Hyde Housing was very straightforward.

“They kept it very simple,” she said. “I do believe it was so straightforward because of all the support that we had.

“They gave me a form to fill in and said he could stay.

“You basically have to tell them all about Jack every detail and take responsibility for the fact that he doesn’t do anything he was accused of.

“They came and actually met him and agreed that he is a lovely cat.”

The housing association said it had agreed a way forward that was fair to all its residents.

It said the pet permission form ensured tenants followed its responsible owner guidelines, including cleaning up any mess promptly.

Ladies Day: Thousands flock to Aintree ahead of...

Risking Their Lives to Cross the Border: Europe...