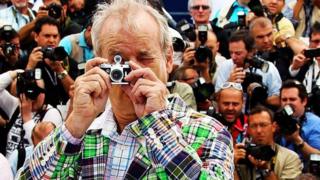 Hollywood actor Bill Murray has offered to pay for mobile phones he allegedly threw from a rooftop California bar after their owners tried to take photos of him.

Mr Murray was annoyed by camera flashes after “star struck” fans spotted him at the lounge in the seaside town of Carmel, the TMZ website reports.

Glastonbury live album to be dedicated to Jo...