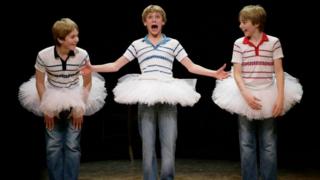 Billy Elliot the Musical is to close in London after 11 years and 4,600 performances.

The final curtain will fall on the multi award-winning show at the Victoria Palace Theatre on 9 April.

The story about the miner’s son who dreams of becoming a ballet dancer is leaving to allow for the theatre’s refurbishment, announced last year.