Showbusiness satire Birdman will lead the flock at this year’s Spirit Awards, having been nominated for six prizes including best film and best director.

Alejandro Inarritu’s film, about an ex-superhero actor embarking on a theatre comeback, also picked up a nomination for its leading man, Michael Keaton.

The awards, which celebrate low-budget films, will be held on 21 February.

Birdman, in which Keaton’s character is haunted by his superhero alter-ego, also picked up supporting actor nominations for Edward Norton and Emma Stone.

Its sixth nomination was earned by director of photography Emmanuel Lubezki, recipient of this year’s best cinematography Oscar for space thriller Gravity.

Boyhood’s nominations included a nod for best picture, a citation for director Richard Linklater and recognition for Ethan Hawke and Patricia Arquette in the supporting actor categories.

Yet there was no nomination for lead actor Ellar Coltrane, whom Linklater filmed over a period of 12 years in order to depict a young boy’s progression into adulthood. 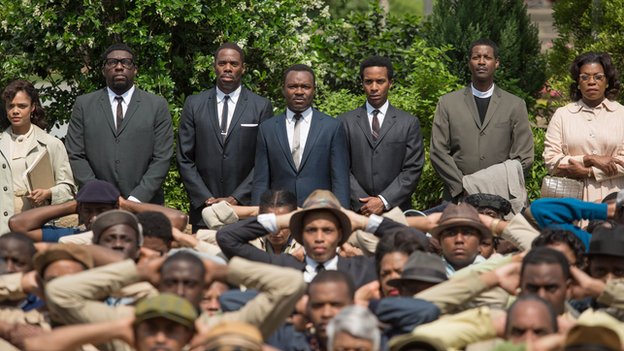 British actors in the mix include former Spooks star David Oyelowo, recognised in the best male lead category for his portrayal of Martin Luther King Jr in Selma.

In the best female lead category, former Oscar winner Tilda Swinton received a nomination for her vampire role in Only Lovers Left Alive.

Her competition includes Julianne Moore, whose role in Still Alice – as a woman …read more