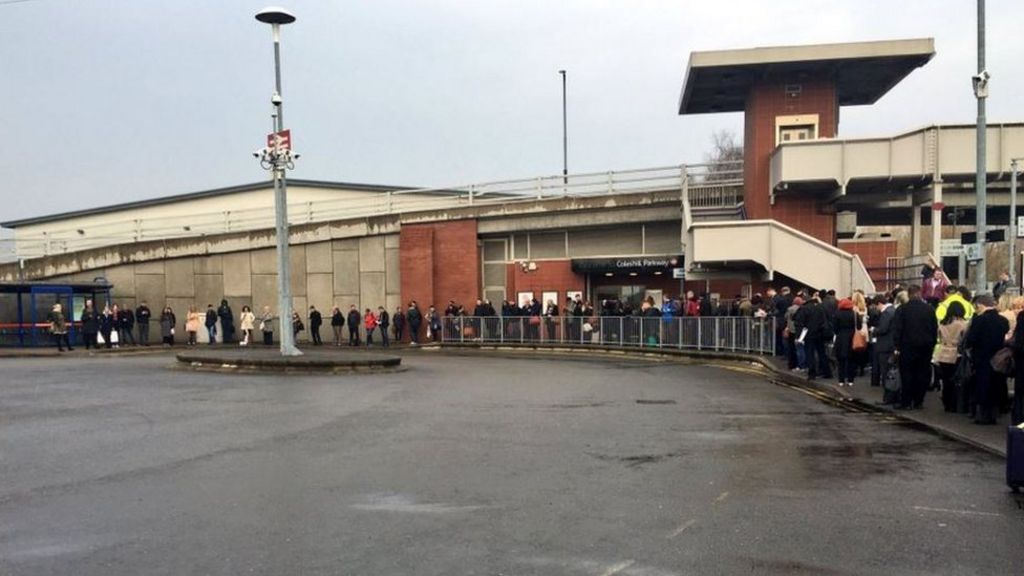 A major power failure has caused hours of delays to some trains through Birmingham New Street.

Trains are struggling to get in and out of the south end of the station, with problems affecting Arriva Trains Wales, CrossCountry Trains, London Midland and Virgin Trains.

Power is now restored but delays are expected to continue until 12:00 BST.

Live updates on the rail disruption

The latest problems come after passengers took to Twitter to express their frustration over severe delays due to another signalling problem last Friday.

Check if this is affecting your journey

Chris Denham, from Network Rail, said: “We’ve had a problem with the power supply that lights all the signals up just south of Birmingham New Street which has been ongoing for several hours now.”

Shortly after 09:00 Network Rail announced the power supply had been restored.

Passengers used the hashtag #BirminghamNewStreet to complain about the delays on Twitter.

Martin Ward wrote on BBC Midlands Today’s Facebook page: “All that money spent on Birmingham New street (shopping centre!!!). Should have spent it on track and signals. Grrrrr”

Meanwhile Ann Marie Gallagher wrote: “Just sit down, have a hot drink, read your book , eat your snacks , breathe – it’s not the end of the world.”

London Midland said there was no service from New Street Station to Wolverhampton but trains may run from Coventry.

CrossCountry said the problem had caused up to an hour-long delay between Manchester Piccadilly and Bournemouth.