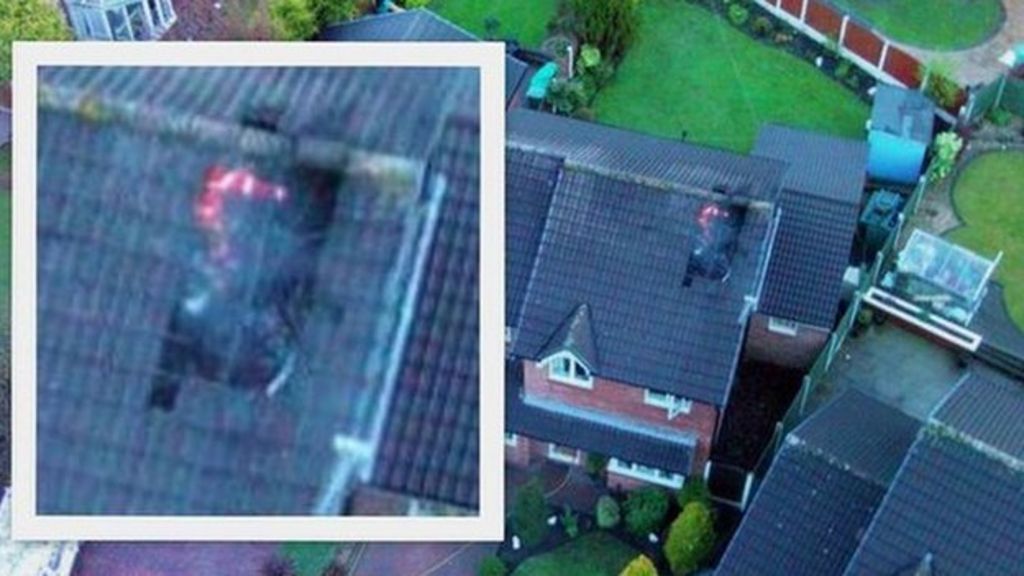 A family escaped unhurt when lightning blasted a huge hole in the roof of their house and set the loft on fire.

The householders only realised their property in Lingmoor Close, Wigan, was ablaze when neighbours knocked on their front door to raise the alarm.

Firefighters from Hindley fire station arrived to put out the blaze, which started at about 19:20 BST on Thursday.

The damage caused by the lightning was photographed by Greater Manchester Fire and Rescue Service’s new aerial drone.

Pictures show an extensive hole in the roof of the large detached property in a quiet cul-de-sac of the Hawkley Hall area of the Greater Manchester suburb.

Neighbours saw a lightning bolt hit the roofline and acted quickly to alert the family and inform the fire service.

“The people who were in there did not know,” Hindley fire station crew manager Craig Cubbins told the Manchester Evening News. “All they heard was a loud bang. It was people across the road who alerted them to say that their house was on fire.

“Lightning strikes do not happen very often but when they do, it can be serious.

“The whole loft was well alight when we got there.”