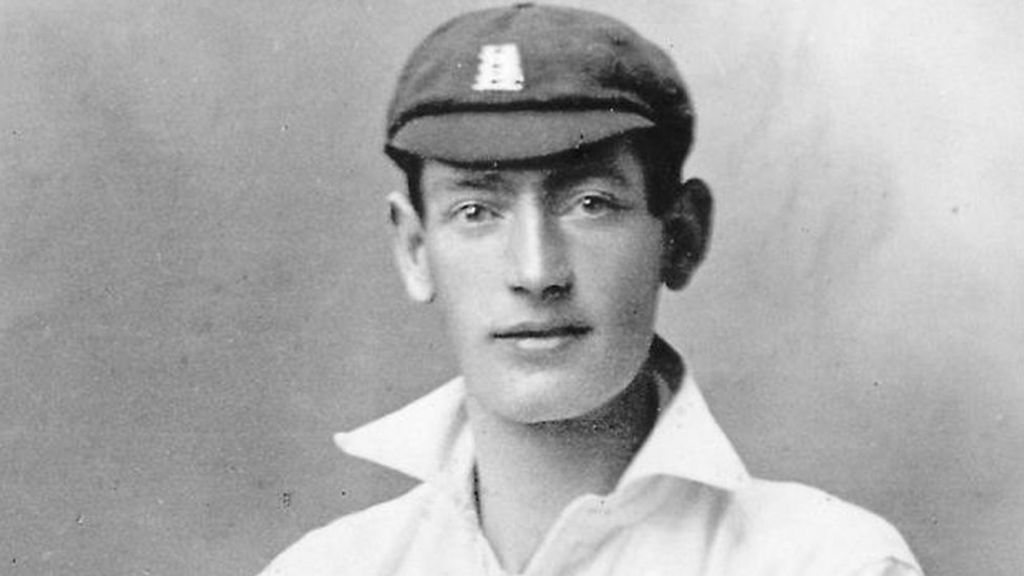 Percy Jeeves played for the Goole Cricket Club and professionally for Warwickshire and Hawes before his death in World War One in July 1916.

PG Wodehouse used his name for the immaculate valet after seeing him play at Cheltenham in 1913.

The plaque is on the corner of Manuel Street, Goole, where Jeeves lived.

It was organised by the Goole Civic Society and unveiled by his great nephew Keith Mellard.

“His brother, Alec Jeeves, was my grandfather. He used to talk about him a lot and I grew up feeling I knew him.

“To be honoured in this way is very exciting.”

Margaret Hicks-Clarke, chair of the society, said: “We could think of no finer person to honour with our first blue plaque, being unveiled in the anniversary year of Percy Jeeves’s death.

“He was a great cricketer and a brave soldier who paid the ultimate sacrifice for his country.”

Jeeves, who was born in 1888 near Dewsbury, West Yorkshire, grew up in Goole before playing county cricket for Warwickshire.

Mrs Hicks-Clarke said: “His father had moved to Goole to work on the railways at the start of the 1900s and Percy lived in a little terraced house with his family.”

Comic novelist PG Wodehouse brought the Jeeves character to life in a series of short stories and books in which the knowledgeable and perceptive butler helped his master Bertie Wooster cope with life’s vagaries.

The plaque, which is placed on the Oddfellows building at the corner of Manuel Street and Boothferry Road, has been funded by the Goole and District Lottery, Goole Town Cricket Club and the PG Wodehouse Society.

BHS 'could file for administration'