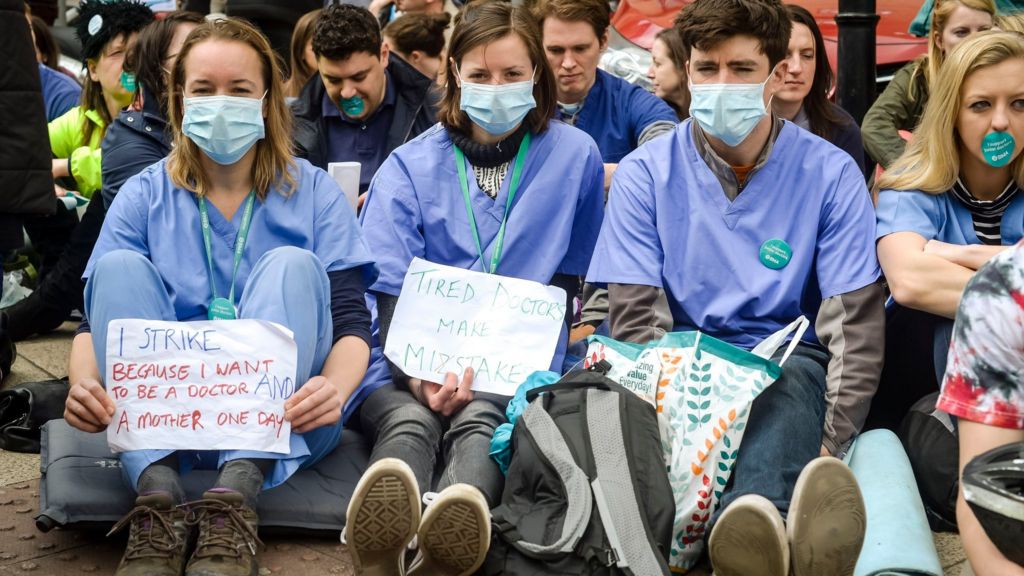 Junior doctor representatives at the British Medical Association are due to discuss whether to join talks with the government over a new employment contract.

Talks over the contract broke down in February and junior doctors have staged several strikes since then.

Ministers said on Thursday they would re-start talks if they focus on Saturday pay and unsocial hours.

The BMA’s junior doctors committee is due to meet to consider its response.

Last Monday, the government said it was willing to pause the introduction of the junior doctors’ contract in England for five days to allow for talks.

The BMA also agreed to defer any new threats of strikes for five days.

The BBC’s health editor Hugh Pym quoted a source as saying the government’s preconditions were seen as a complicating factor but that there would be “clarity about the next steps by the end of the day”.

Health Secretary Jeremy Hunt has previously indicated the government is willing to compromise.

“We’ve already made three significant compromises on Saturday pay but what we can’t do is have a system where hospitals can’t afford to roster enough doctors on a Saturday,” he said.

Mr Hunt had accused the BMA of refusing to negotiate over Saturday pay and said he would press on with introducing the contract.

The BMA said there were wider unresolved issues over working hours and it was unfair to impose a contract rather than continuing discussions.

Between January and early April there were four strikes by junior doctors in England affecting routine but not urgent care.

Last week there were two one-day strikes affecting all forms of care, including emergencies – the first such action in the history of the NHS.