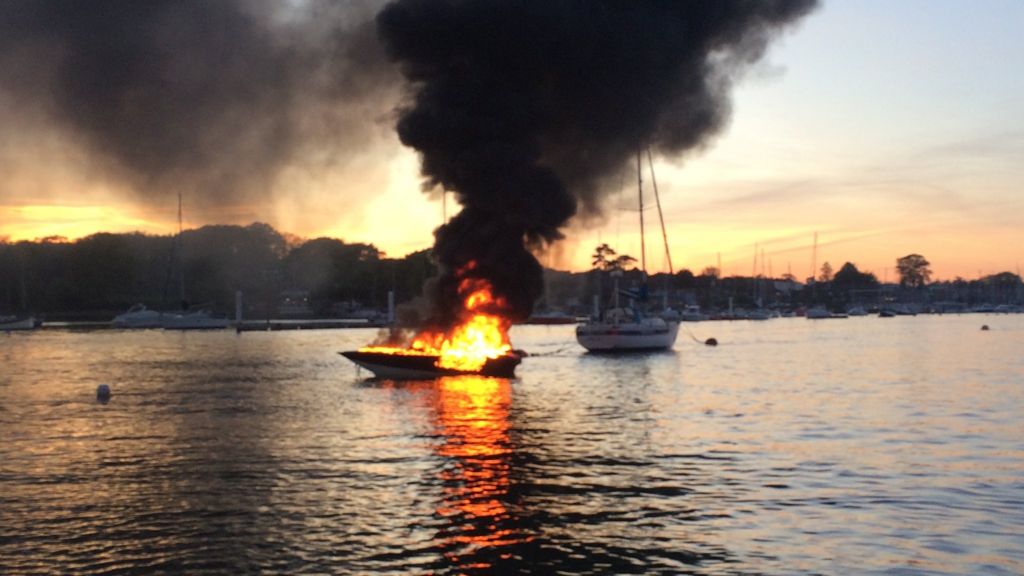 A boat burst into flames after an explosion on a Hampshire river, forcing its occupant to dive to safety.

The unexplained blaze broke out in Warsash Harbour on the River Hamble at about 20:30 BST on Wednesday.

A lifeboat crew spotted the vessel drifting upstream and managed to tow the vessel away from nearby yachts, before putting out the flames.

The man is understood to have jumped off the boat on to a pontoon before it began to drift.

The Hamble Lifeboat crew believe a pyrotechnic may have caused the explosion.

A spokesman for Hamble Lifeboat said: “The vessel was completely on fire within that short space of time and it was established that there was only one person involved and he was safe and well away from the vessel.

“The lifeboat crew were able to use their pump to extinguish the fire while they brought it to the slipway, where crews from Hightown Fire Station were waiting.”