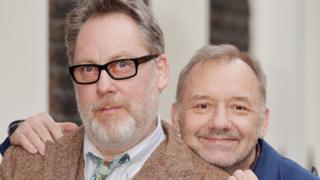 Bob Mortimer: I got married half an hour before heart surgery

Comedian Bob Mortimer has revealed that he got married less than an hour before he went into hospital for a triple bypass operation.