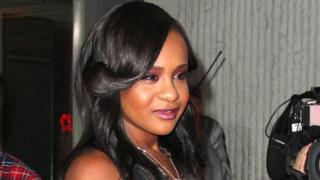 Bobbi Kristina Brown’s cause of death determined, but undisclosed

Bobbi Kristina died at a hospice in July aged 22

The cause of death of Bobbi Kristina Brown – singer Whitney Houston’s daughter – has been determined, but officials say they will not reveal the post-mortem results.

They say a court in the US state of Georgia ordered a medical examiner to seal the results.

Bobbi Kristina, 22, died at a hospice on 26 July, six months after she was found unresponsive in a bath in her Atlanta flat.

She died at …read more

Paris Jackson: 'My father was murdered'