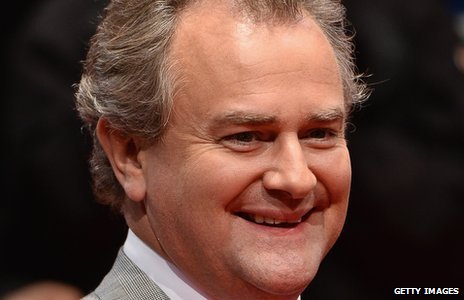 Actor Hugh Bonneville is joining Judi Dench and Benedict Cumberbatch in the cast of the BBC’s adaptation of a trilogy of Shakespeare history plays.

The Downton Abbey star will play the Duke of Gloucester in the first of two Henry VI instalments.

Cumberbatch takes centre stage as Richard III in the third part of the Wars of the Roses Hollow Crown series.

The BBC Two dramatisations begin filming later this year, with a transmission date yet to be announced.

Dench will take the role of Cecily, Duchess of York alongside Cumberbatch, who asked the Oscar winner to appear alongside him when she appeared at the Hay Festival earlier this year.

Sally Hawkins will play opposite Bonneville as his wife, while Sophie Okenodo has been cast in the role of Queen Margaret across all three plays.

Keeley Hawes will take the part of Queen Elizabeth in both instalments of Henry VI, while Tom Sturridge will play the role of the beleaguered monarch who faces dynastical struggles and war during his reign.

Ben Stephenson, controller of BBC Drama, said: “This extraordinary cast and production team will raise the bar of British drama once more.”

“To have the chance to work with some of Britain’s most talented actors is a dream come true. We couldn’t be more delighted to have them on board,” added executive producer Pippa Harris.

The Wars of the Roses trilogy follows on from the first Hollow Crown series which was broadcast in 2012 and adapted Shakespeare’s Richard II, Henry IV, and Henry V for the screen.

Dapper Laughs had his comeback gig