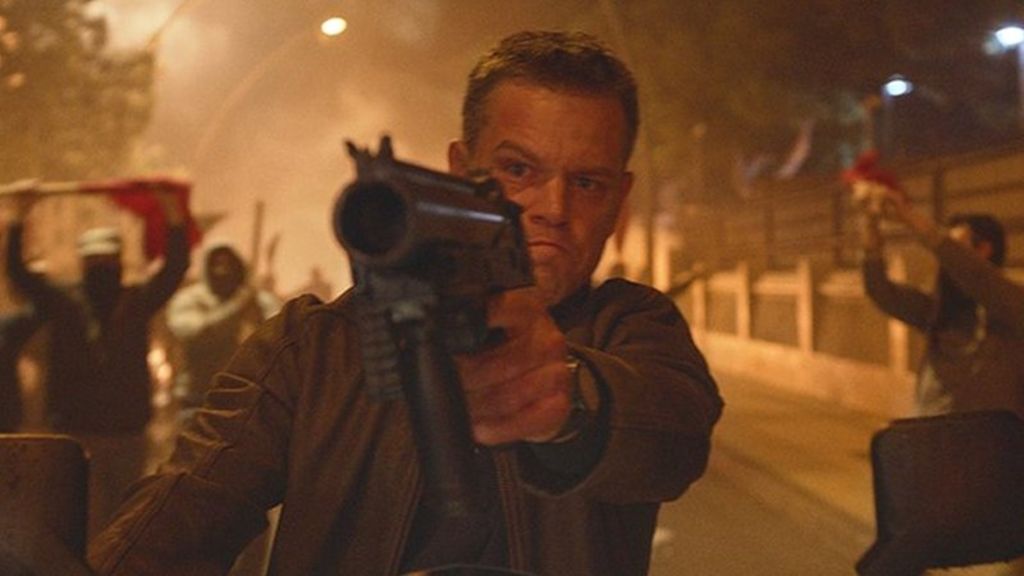 Matt Damon admits it was “brutal” getting back into shape for the new Jason Bourne movie.

The actor has returned to the role of the amnesiac CIA agent for the first time since 2007’s The Bourne Ultimatum.

In an interview to mark the release of the full Jason Bourne trailer, Damon told the BBC:

“For the first Bourne movie I was 29 and I thought that was hard work getting into shape.

“Now I’m 45 and it’s just brutal. We shot this bare-knuckle fighting scene on my 45th birthday and it was a lot of work to get there.

“I was on a very strict diet and spent a lot of time in the gym just making myself miserable.”

The star joked: “So maybe for the next one Jason Bourne will be fat and happy and old!”

The film reunites Damon with Paul Greengrass, the British director behind The Bourne Supremacy and The Bourne Ultimatum.

Neither were involved in 2012’s The Bourne Legacy, which centred around a new character Aaron Cross, played by Jeremy Renner.

The new film was shot in a number of locations including Berlin, Las Vegas, London and Washington.

In keeping with the first three films’ references to contemporary events, Damon’s fourth outing opens with motorcycle chase that takes place during an austerity riot in Athens (actually shot in Tenerife).

Damon, Oscar-nominated this year for his role in The Martian, said that neither he nor Greengrass had wanted to “rush” back to the franchise before they were ready.

“It’s been one of those things that we wanted to do for a long time because we love the character.

“For both Paul and me it’s been a huge part of our careers and the success of those movies has allowed us to do a lot of other stuff.

“Just walking down the street people will come up to both of us independently and constantly ask if there is going to be another another one, and that’s really the reason we did it – that people wanted to see it.

Damon added: “We both made movies that people didn’t want to go and see and it’s not something to be taken for granted.

“It’s a tough thing to earn an audience’s trust and so we didn’t just rush into it, we waited for 10 years or so and …read more

BBC 'to fund licences for over-75s'