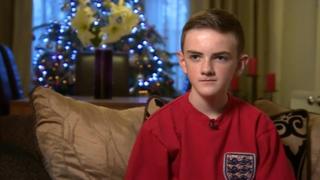 A prolific schoolboy fundraiser has been awarded a British Empire Medal – and at the age of 13 is the youngest person on the New Year Honours list.

“It was a big surprise, because I never thought I could get something like this at this age,” the teenager said.

“It made me feel quite proud of myself because I’ve worked really hard over the last five years.”

He added: “In 2009 my nan died from bowel cancer – she had been fighting it for a very long time.

“My football hero Bobby Moore also died from it about 20 years ago, and I …read more