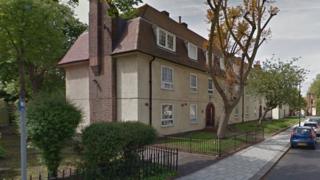 A 16-year-old boy is in a critical condition in hospital after he and another teenager were attacked by knifemen riding mopeds in south London.

The victims were stabbed in the torso in Mountearl Gardens, Streatham, at about 17:30 GMT on Wednesday.

Police suspect four people approached the victims on mopeds and the pillion passengers carried out the attack.

The second boy, a 17-year-old, was treated for his injuries and has been discharged from hospital.

“Neither of the pillion …read more

David Cameron: 'No turning back' on EU vote