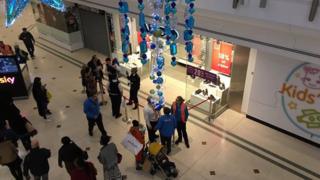 A 16-year-old boy has been charged over an alleged knife fight at a London shopping centre on Boxing Day.

The youth was detained after disorder broke out at the Intu Bromley centre, causing panic among shoppers.

Armed police were called at about 15:45 GMT and found the boy with a head injury. Two knives were recovered.

The youth, due at Bromley Magistrates’ Court on Monday, is accused of common assault, violent disorder and possession of an offensive weapon.

Self-care could cut need for millions of GP...