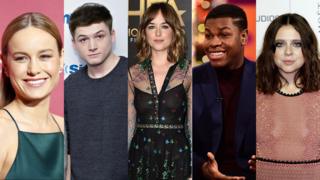 Star Wars actor John Boyega is one of five new faces who will be in the running for the Rising Star Award at the Bafta Film Awards next month.