Actor Ellar Coltrane stars in Boyhood, which follows his growth from age 5 to 18

Boyhood, a film 12 years in the making, has won top honours at the New York Film Critics awards.

It was shot over more than a decade to capture the passage of time in one boy’s life from age 5 to 18.

The annual critics awards are typically viewed as a pre-cursor to the high-profile and coveted Academy Awards.

Other winners include actor Timothy Spall – named best actor for British painter JMW Turner in Mr Turner – and best actress Marion Cotillard for her roles in The Immigrant and Two Days, One Night. 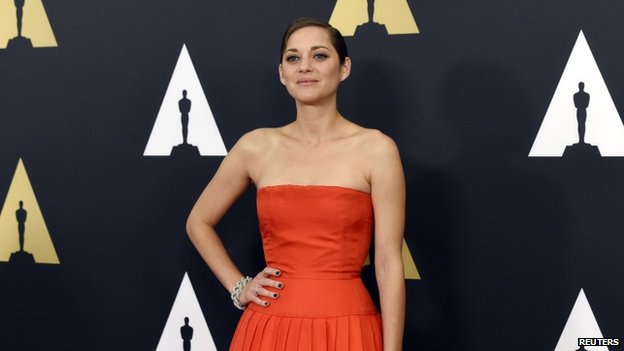 Actress Marion Cotillard took top female acting honours for her work in The Immigrant and Two Days, One Night

Actor JK Simmons won a best supporting actor prize for his role as a terrorising music teacher in Whiplash.

Presentation of the awards is scheduled for 5 January in New York.

The awards are considered a bellwether for the Oscars, which will air on 22 February.

Inside the Disney Infinity Toy Box with John Vignocchi

Motown the Musical a hit with critics