Singer and activist Billy Bragg has called Taylor Swift’s decision to pull her back catalogue from Spotify a “corporate power play”.

Swift said she made the move because she did not agree “with perpetuating the perception that music has no value and should be free”.

However Bragg accused the star of not being honest with her fans.

Writing on Facebook, Bragg said: “What a shame that Taylor Swift’s principled stand against those who would give her music away for free has turned out to be nothing more than a corporate power play.

“These worthy sentiments have been somewhat undermined by Swift making her new album and back catalogue available on Google’s new Music Key streaming service…..which also offers listeners a free service alongside a premium subscription tier.”

The musician suggested Swift’s withdrawal from Spotify was intended to maximise sales of her latest album, 1989, which has topped the charts around the world. 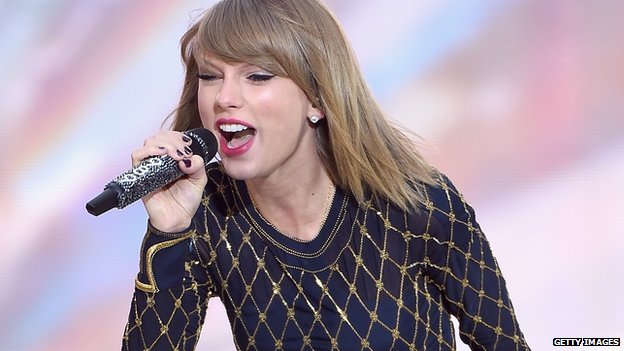 “If Ms Swift was truly concerned about perpetuating the perception that music has no value and should be free, she should be removing her material from YouTube, not cosying up to it,” Bragg said.

Bragg has been vocal against YouTube’s new Music Key service.

Ainsley Harriott to appear on Strictly