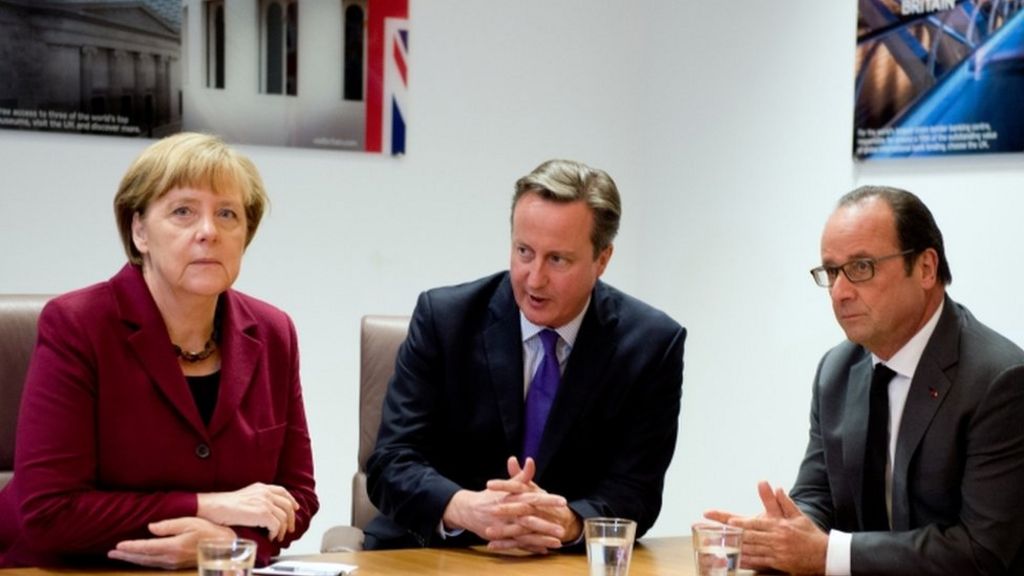 David Cameron is to meet European Union leaders for the first time since the UK voted to leave.

The UK prime minister will discuss the implications of the Brexit vote and the way ahead at an EU summit in Brussels.

German, French and Italian leaders said on Monday there could be no “formal or informal” talks on a British exit at this stage.

Meanwhile, Health Secretary Jeremy Hunt has said the UK must remain within the EU’s single market.

Mr Hunt, who is said to be considering standing for the leadership after Mr Cameron stands down, has floated the idea of a “Norway plus” arrangement outside the EU where the UK would enjoy the current trade benefits of being a full EU member while negotiating revised immigration rules.

In other developments on Tuesday, Labour MPs will vote on a motion of no confidence in their leader Jeremy Corbyn – who has insisted he is staying put – while Scottish First Minister Nicola Sturgeon will address MSPs over Brexit’s implications for Scotland’s future.

As Europe tries to come to terms with Britain’s decision to leave, Mr Cameron will attend a working dinner of EU leaders after meetings with European Council President Donald Tusk and European Commission President Jean-Claude Juncker.

Mr Cameron is standing down after last week’s referendum went against him. The prime minister campaigned for the UK to remain a member but has insisted that the result must be accepted.

Speaking on Monday, he said a special unit within government was being set up to lay the initial groundwork for leaving the EU.

However, he has said that it must be up to his successor – who will be elected by the start of September – to decide how to proceed and precisely when to give formal notification of the UK’s intention to …read more

Body of cockler found off coast