Brexit referendum: EU must not fall into 'depression' 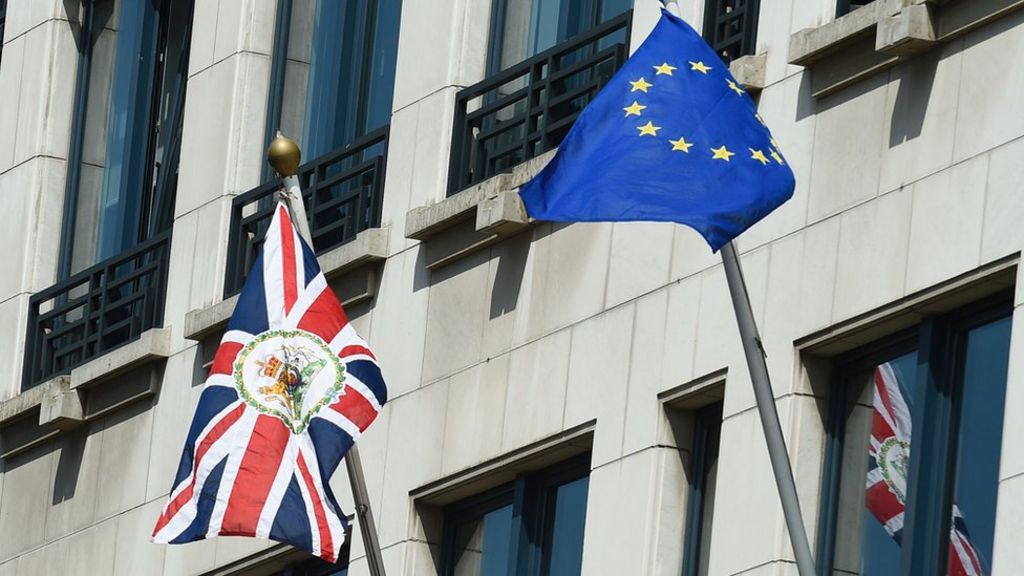 German Foreign Minister Frank-Walter Steinmeier says the EU must not fall into “depression and paralysis” after the UK voted to leave the bloc.

He made the comments arriving for an urgent meeting of the six EU founder members to discuss the decision.

They will consider the process and speed of Britain’s exit, and are also likely to discuss how to dissuade others from doing the same.

Britain’s Prime Minister David Cameron has said he will step down by October.

The six countries attending the talks in Berlin – Germany, France, Italy, Belgium, Luxembourg and the Netherlands – first joined forces in the 1950s and still form the core of the EU.

“We cannot rush headlong into hectic action, pretending we have all the answers, but after the British decision we also cannot fall into depression and paralysis,” Mr Steinmeier said.

The first summit of EU leaders with no British representation will be held on Wednesday, a day after Mr Cameron holds talks with members.

Global stock markets fell heavily on the news of the so-called “Brexit”, where the UK voted by 52% to 48% to leave the EU. The value of the pound has also fallen dramatically.

Credit rating agency Moody’s downgraded the UK’s outlook to “negative” after the poll.

The UK must now invoke Article 50 of the EU Lisbon Treaty, which then allows for two years for withdrawal to be negotiated.

However, Mr Cameron said he preferred to leave negotiations to his successor.

European Commission head Jean-Claude Juncker said the EU-UK split was “not an amicable divorce”, but nor had they had a “deep love affair”. He said exit negotiations should begin immediately.

“Britons decided yesterday [Thursday] that they want to leave the European Union, so it doesn’t make any sense to wait until October to try to negotiate the terms of …read more

Speedway rider in coma after crash