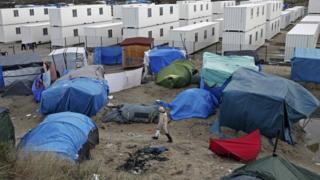 EU referendum: PM warns Brexit would bring the ‘Jungle’ to the UK

David Cameron is to warn that migrant camps like the “Jungle” in Calais could appear in south-east England if the UK votes to leave the EU.

The PM will say that if a “Brexit” happens, the arrangement that allows British border guards to check passports in France could be scrapped.

Storm Doris to bring snow and wind to...