TV physicist Brian Cox and the visual effects team behind the film Gravity will tell the story of the universe using cutting-edge augmented reality technology in a live show next year.

Magic Leap has not been seen in public, but reports suggest that its headgear projects images onto users’ eyes.

The show will be part of the Manchester International Festival next July.

Titled The Age of Starlight, it is one of the first three productions to be announced for the 18-day event.

Also on the line-up are a ballet created by choreographer Wayne McGregor, musician Jamie xx and artist Olafur Eliasson, and a family show telling the life story of children’s TV favourite Mr Tumble.

In October, Magic Leap made headlines when it received $542 million (£346 million) from investors led by Google.

Promotional videos suggest the technology will allow users to “see” computer-generated images in front of them as if those objects were really there. 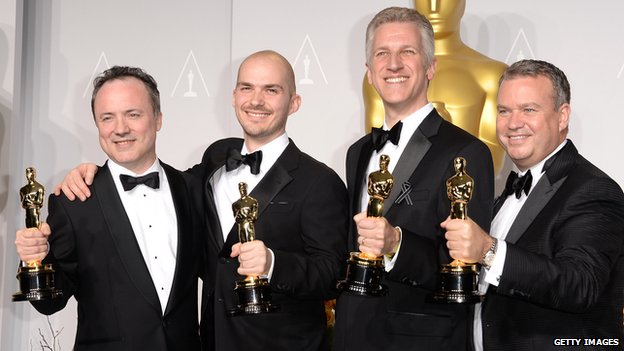 Now the Magic Leap team are working with Prof Cox, Framestore visual effects director Tim Webber – who won an Oscar for Gravity – plus Kevin Macdonald, who directed The Last King of Scotland and State of Play, and Manchester designer Peter Saville.

Their show will address “the deepest possible questions” about the origins of the universe, Prof Cox said.