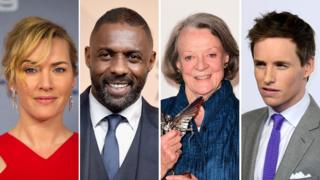 Blanchett’s romance Carol and Steven Spielberg’s drama Bridge of Spies lead the nominations with nine each.

The ceremony at London’s Royal Opera House will be hosted by Stephen Fry.

'US search' for next Ofsted head

Brosnan had knife in hand luggage

Galton and Simpson get Bafta fellowship