Eddie Redmayne and Felicity Jones in The Theory of Everything

Eddie Redmayne and Felicity Jones are among the nominees at the Screen Actors Guild Awards for their roles in Stephen Hawking drama The Theory of Everything.

The SAG awards are often seen as key indicators for the Oscars.

In The Theory of Everything, Redmayne plays famous physicist Hawking while Jones plays his first wife, Jane Wilde, on whose book the screenplay is based.

Showbusiness satire Birdman has the most nominations with four. Coming-of-age drama Boyhood, The Theory of Everything and The Imitation Game have three nominations each. 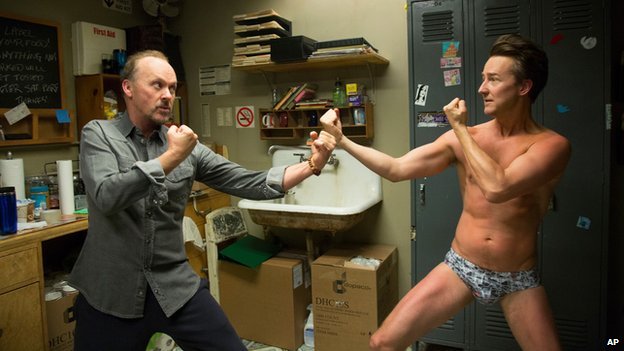 Birdman, about an ex-superhero actor embarking on a Broadway theatre comeback, also picks up a nomination for its leading man, Michael Keaton, and co-star Edward Norton.

The best actress category also features Jennifer Aniston, who plays a woman battling chronic pain in Cake, Julianne Moore as a woman with early onset Alzheimer’s disease in Still Alice and Reese Witherspoon – who plays a young woman who goes on a gruelling 1,100-mile hike in Wild.

Will.i.am confirms return to The Voice UK on...

Drake is Spotify's most-streamed artist of 2017