Three new acts are being tipped for success in 2015 after being shortlisted for the Brits Critics’ Choice Award.

George The Poet, James Bay and three-piece group Years and Years will battle for the honour.

The winner will be announced on 4 December and will receive their trophy, designed by Tracey Emin, at the main Brit awards ceremony on 25 February.

“I still can’t believe it. As much as I hoped, being nominated for the Brits Critics’ Choice Award is not something I ever imagined would actually happen. What a huge honour,” 24-year-old Bay said.

The singer-songwriter has been supporting acts including 2013 winner Tom Odell and John Newman.

George The Poet, 23, said: “I feel privileged to have been shortlisted for the Brits Critics’ Choice Award. I always dreamed of reaching people and this nomination shows me that I’m on track.”

The act has already featured on records by Labrinth, Sande, Paolo Nutini and Naughty Boy.

London trio Years and Years added: “We’re so grateful to be making music and having this sort of recognition is crazy and ridiculous and nuts in a really good way.”

The group released their debut single Real earlier this year and have toured with Clean Bandit and Sam Smith. 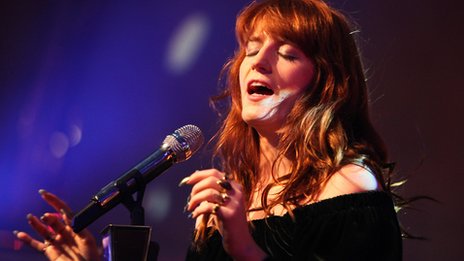 2009 Florence and The Machine (pictured)