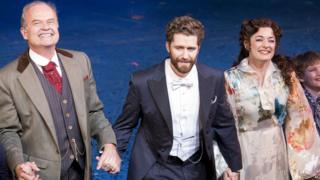 Yet the year ended on a high as several shows, including Aladdin and The Illusionists, broke theatre records.

The Broadway League said 2014 had set a surprising benchmark for takings and attendance.

Dickinson 'bounces back' from cancer