Buggy-riding dog wheeled away by thief 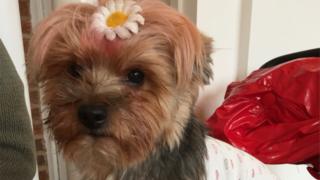 Buggy-riding dog wheeled away by thief in Leicester

Hundreds of people have taken photos of Gog, as she is something of a celebrity in Leicester

A dog that became a local celebrity has been wheeled off in a buggy by a mystery woman, sparking a hunt for the animal’s return.

Gog the Yorkshire terrier became well known in Leicester because her owner Monti Shortt dresses her in clothes and pushes her around in the buggy.

But the pooch was taken when the owner, who has cancer, quickly popped into the Haymarket Shopping Centre …read more

Vitamin D supplements 'advised for everyone'