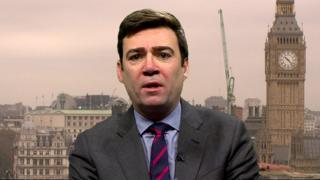 Shadow Home Secretary Andy Burnham has called for a code of conduct to prevent bullying and intimidation of MPs.

He said social media was “in danger of poisoning our politics” and Labour Leader Jeremy Corbyn had to take a “firm line” on it.

Mr Burnham, who voted against air strikes in Syria, said he was concerned about abuse and threats directed at colleagues who voted for action.

He said people sending such messages “need to have a look at themselves”.

Protesters clash with police at demo

Footballer 'made girl out to be a liar'