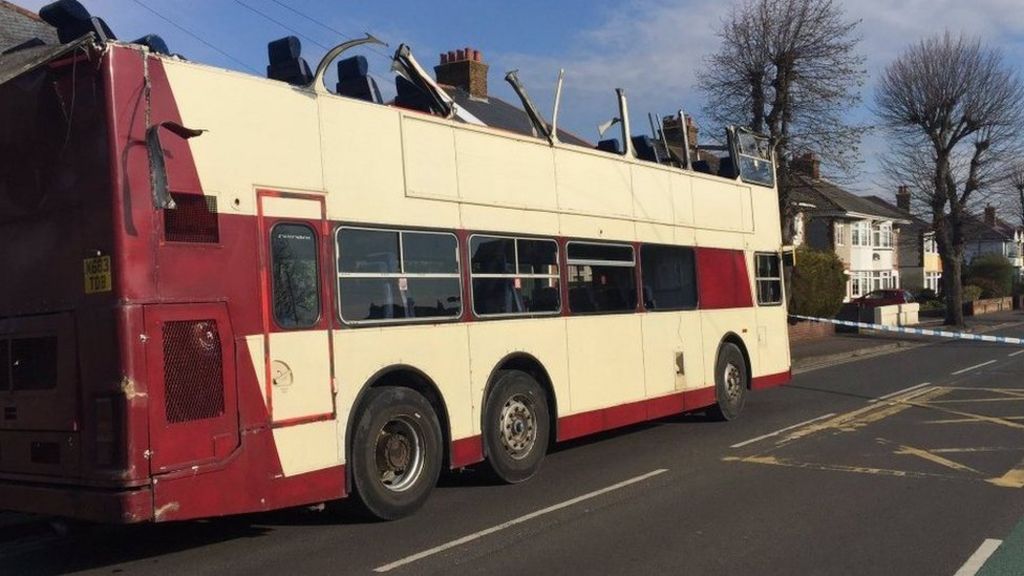 The roof of a double decker bus carrying overseas students was sliced off while going under a railway bridge in Bournemouth.

Two 13-year old girls received minor injuries as the roof came off when the unmarked bus travelled under the bridge at Clingan Road shortly before 08:30 BST.

Rail services between Bournemouth and Brockenhurst have been suspended.

The bus kept going at least 30 metres before coming to a halt and is now surrounded by a large cordon.

The complete top of the bus has come off, with the wreckage lying in the road.

It appears the children had the sense to duck – it is a miracle no-one was more seriously hurt.

A lot of children saw what happened and there are a lot of distressed faces in the playground.

The bus was carrying overseas students from an English language school in the town.

They were taken into a nearby junior school where they were given first aid by staff.

A South Western Ambulance spokesman said one girl was treated for a hand injury and another suffered minor head and facial injuries.

Road closures are in place and rail engineers are assessing the bridge.