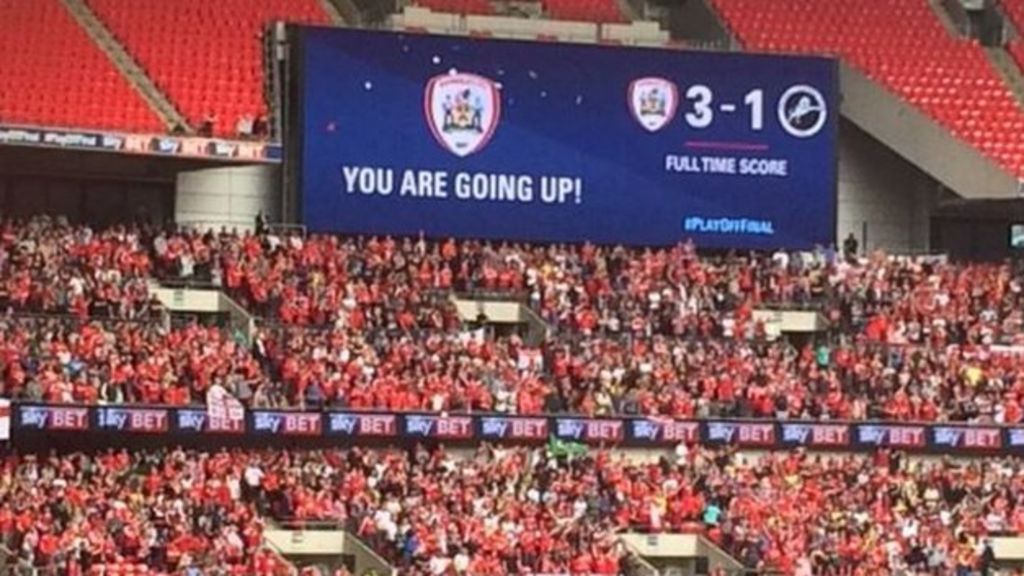 Barnsley Football Club will mark its promotion to the Championship with an open-top bus tour of the town later.

The Tykes tour will start from Oakwell Stadium at 16:15 BST, arriving at Barnsley Town Hall at about 17:00, said Barnsley Council.

The club won 3-1 in the play-off against Millwall at Wembley on Sunday.

Fans are encouraged to paint the town red by bringing flags and wearing team colours.

Paul Heckingbottom, caretaker Barnsley coach, said: “We look forward to seeing you at the town hall on Monday for what promises to be a big promotion party!”

Councillor Linda Burgess, the mayor of Barnsley said: “We’re really proud to be able to welcome our home team onto the town hall balcony for the second time this season.”

Osborne to defend Budget ahead of vote