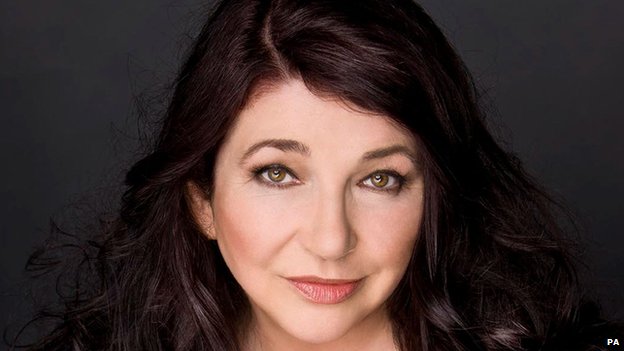 Kate Bush has followed her stage comeback by becoming the first woman to have eight albums in the charts at the same time.

Two of the singer’s albums are in the top 10 of the new chart, and eight overall in the top 40.

It comes after she returned for her first live concerts for 35 years.

Bush’s album The Whole Story is at number six – three places ahead of Hounds of Love.

Official Charts Company chief executive, Martin Talbot, said: “Her new live shows have created a huge stir, but for them to help push her catalogue to make such a significant sales impact is further evidence of the love that the British public have for her music, from generation to generation.” 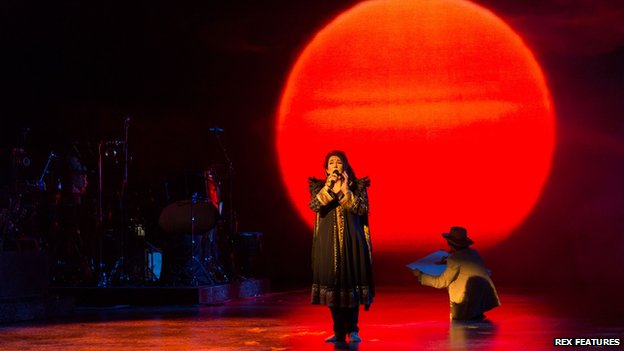 Bush has some 22 dates are scheduled at the Hammersmith Apollo in August, September and October

More than 80,000 tickets were sold for Bush’s 22 Before the Dawn shows at London’s Hammersmith Apollo.

In 1978 Bush became the first female artist in history to go to number one on the Official Singles Chart with a song she had written herself – Wuthering Heights, which topped the chart for four weeks.

This week’s new album chart is topped by Brighton rock duo Royal Blood with their self-titled album, which is the UK’s fastest-selling British rock debut release in three years.

Tributes to The Lapelles frontman who died after...