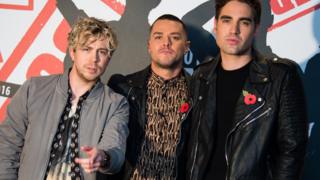 Busted have announced a reunion tour for 2016, 11 years after Charlie Simpson left and the band imploded.

The rock-pop boyband sold five million records at the start of the millennium, scoring number one hits with Year 3000 and …read more

Spectre shoots to top of US box office