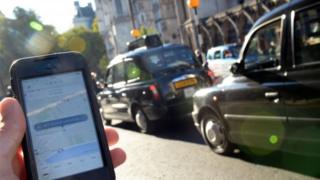 The test which all black cab drivers in London must pass to secure a licence should be scrapped, according to the capital’s Conservatives.

The Greater London Authority Tories called the test – known as the Knowledge – “archaic” and a “major barrier” for recruitment.

Drivers’ representatives said they were “stunned and shocked” by the suggestion.

Theresa May appoints Hammond as chancellor

Talks to be held over British Airways cabin...