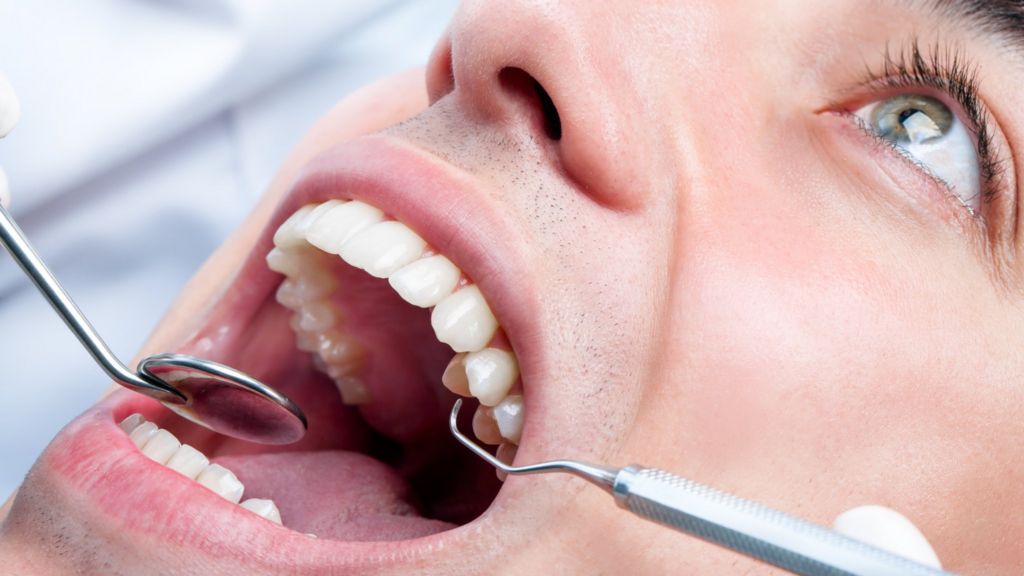 This would be like “brushing with bleach” and could cause blistering, burns and other damage, the LGA added.

The government said it was helping make people aware of dangers, but would not say whether it planned bigger fines.

Only dental professionals can legally perform teeth whitening at business premises, but the LGA said a “worrying number” of unqualified staff were offering the treatment.

In one area, Warwickshire, the LGA said the county council seized more than 15,000 “dangerous”‘ teeth whitening products between May 2015 and February 2016.

It said some of the kits contained more than 33% hydrogen peroxide – far above the legal limits of 0.1% for public use, or 6% for professionals.

The Department of Health said the application of products of over 6% by people who had not undergone professional training posed significant risks to teeth and gums.

The General Dental Council had successfully prosecuted several non-qualified practitioners for the illegal practice of dentistry,” the department added.

“Illegal DIY teeth whitening kits may promise fast results and a brighter smile but those containing dangerous levels of hydrogen peroxide are the equivalent of brushing with bleach and can put oral health at risk,” said the LGA’s Simon Blackburn.

Last year 32 people were prosecuted, but the British Dental Association said recent fines had been “derisory” and tougher sanctions were needed.

It said teeth whitening was safe when carried out by trained dental professionals.

A spokesman for the Department of Business, Innovation and Skills said the department supported the LGA’s making more consumers aware of the dangers.

Police hurt in 'vicious' attack by pupils in...