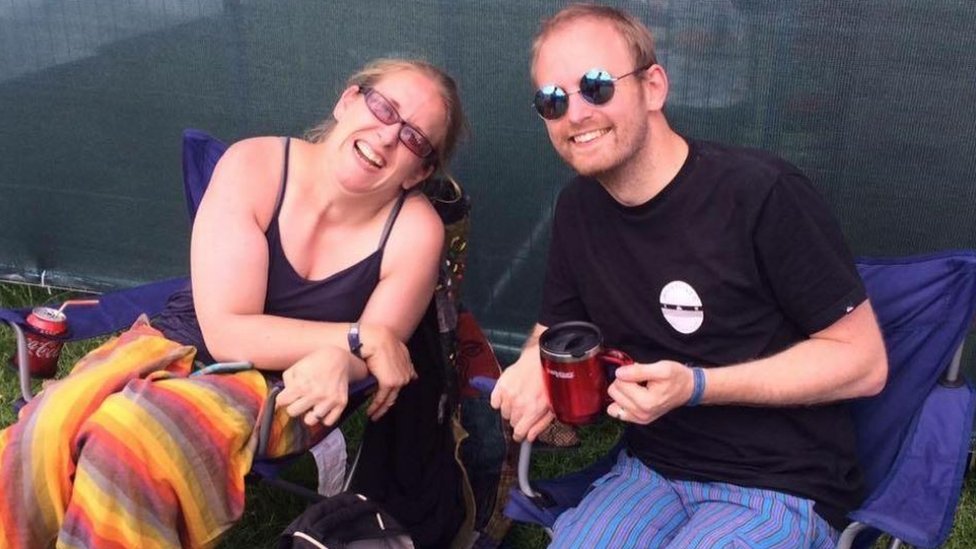 An ex-Paralympian and her husband said they were called “window lickers” by a member of staff at “Europe’s most prestigious folk festival”.

The pair said they were deeply hurt by the comment, which marred an otherwise “really disability-friendly” event.

A festival spokesman said they found “no evidence” after investigating.

Dr Whitaker said he and his wife, a six-times Paralympic medallist who has cerebral palsy, were leaving the festival on Friday when they heard the offensive term.

“As we were walking away there was a reference made to us being ‘window lickers’.

“Luckily at the time I didn’t realise what was going on but Fran most certainly did and was shaking with rage,” he wrote.

“She finally explained to me and I was livid.”

In an open letter on his own blog, Dr Whitaker, who works for disability charity Papworth Trust, wrote to the person he said insulted them: “I don’t even know your name but I really wanted to write to you and tell you how I felt after our conversation last night.

“Your use of the words ‘window licker’ to describe my wife and I was deeply, deeply hurtful.”

He added: “Remarks like yours… have a lingering, corrosive effect on my confidence.”

A number of people have commented, including Britain’s most-decorated Paralympian Dame Tanni Grey-Thompson, who described it as “appalling”.

Folk festival organisers, Cambridge Live, responded to Dr Whittaker’s comment on Twitter, saying they were “equally shocked” and were investigating.

In a statement released later, a spokesman said a number of staff who would have heard the alleged comment were interviewed on site.

The investigation found “no evidence” to suggest the term was used, he said, and “pointed to a comment about …read more

York Minster bells ring out for Easter despite...