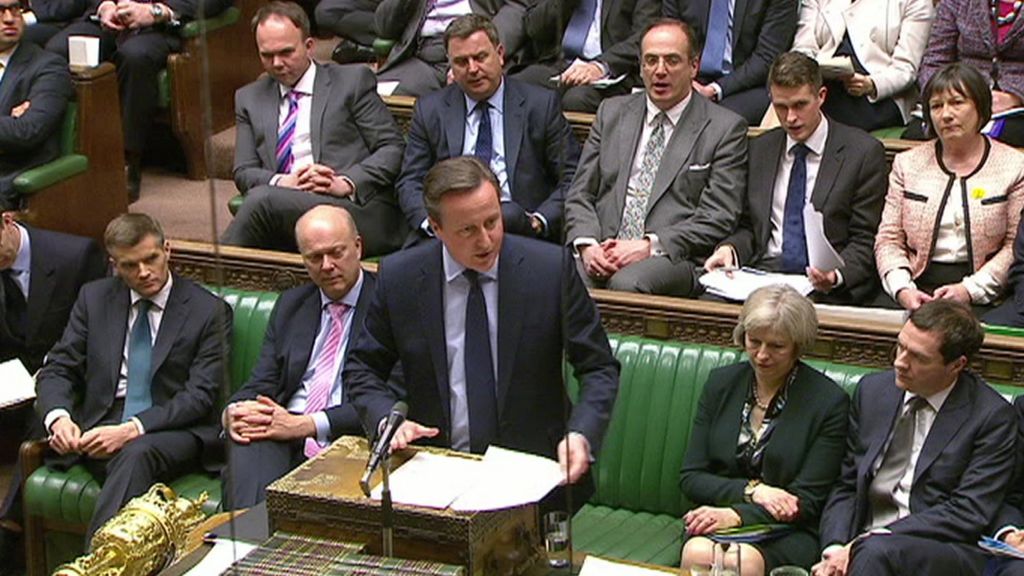 David Cameron is making his case to MPs about why he believes the UK is better off in the European Union.

The prime minister is setting out the details of changes to the UK’s existing membership agreed on Friday and why this should be the basis of a vote to stay in a referendum on 23 June.

More than 100 Tory MPs, including Mayor of London Boris Johnson, have said they back leaving the EU.

Mr Johnson has said the UK has a “great future” outside the EU.

Mr Johnson’s declaration on Sunday that he backs EU exit is being seen as a significant blow to Mr Cameron’s campaign to remain in the EU.

In his statement, Mr Cameron will set out the terms of last week’s deal with EU leaders on reforms to the terms of the UK’s membership, a deal which he insists strengthens British sovereignty and will leave the UK “safer and stronger”.

The statement will be the first opportunity Tory MPs have had to question the PM since Friday’s agreement and publicly set out their position ahead of the poll in four months time.

This message was echoed by Defence Secretary Michael Fallon, who told Radio 4’s Today that the UK benefited from being part of international partnerships, such as the European Union, Nato and the United Nations.

He rejected claims by former Conservative leader Iain Duncan Smith, one of six Cabinet ministers campaigning for the UK to leave the EU, that the UK’s membership actually exposed it to greater security risks, pointing out that the EU had taken the lead in confronting Russia over its annexation of Crimea and Iran over its nuclear programme.

“At the moment our defence and security rests on Nato, not on the EU, but the EU adds to that security…The EU can do things that Nato cannot.”

“It is through the EU that you exchange criminal records and passenger records and work together on counter-terrorism…We need the collective weight of the EU when you are dealing with Russian aggression or terrorism. You need to be part of these big partnerships.”

While he was not saying the UK could not survive outside the EU, he said it would be up to the British people to decide whether “we are safer and stronger inside the EU or take what is a big gamble and leave to what is a rather uncertain future”.