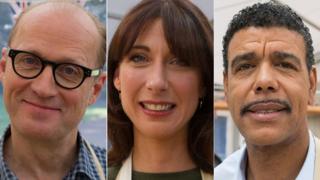 She will be one of 16 celebrities taking part in a four-part series aiming to raise money for Sport Relief.

Other stars in the line-up include singers Kimberly Walsh and Will Young, actors Ade Edmondson and Alison Steadman, and former Shadow Chancellor Ed Balls.

Judges Mary Berry and Paul Hollywood will return to critique the bakes.

Former Spice Girl Geri Horner will also be in the kitchen, along with Louise Redknapp, Victoria Coren-Mitchell and Jason Manford.

Prince's Paisley Park home to open to the...