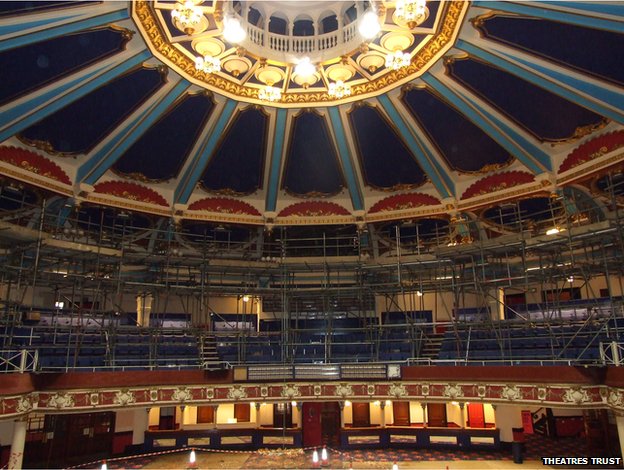 More than 30 historic theatres in England and Wales are “at risk” from decay, closure or irreversible change, according to the Theatres Trust.

The 33 venues are listed in the Trust’s annual Theatres at Risk register.

Top of the list is the Brighton Hippodrome, which is currently derelict and is due to be converted into a £35m cinema and restaurant complex.

New additions to the list include the North Pier Theatre and Winter Gardens Pavilion, both in Blackpool.

The North Pier Theatre’s orchestra pit was destroyed in a storm last December, while metal and plasterwork in the the Winter Gardens Pavilion is “severely eroding and collapsing”, the Trust said. 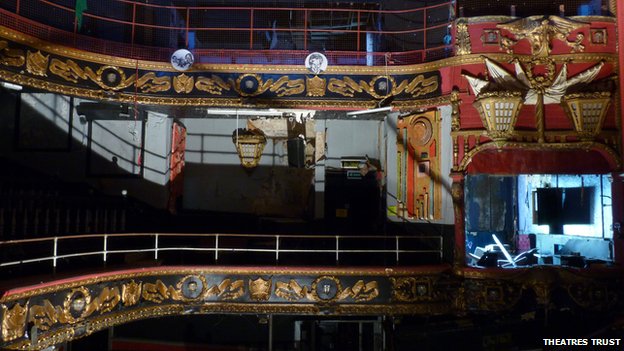 The Plymouth Palace, built as a music hall in 1898, has been given the highest “at risk” rating 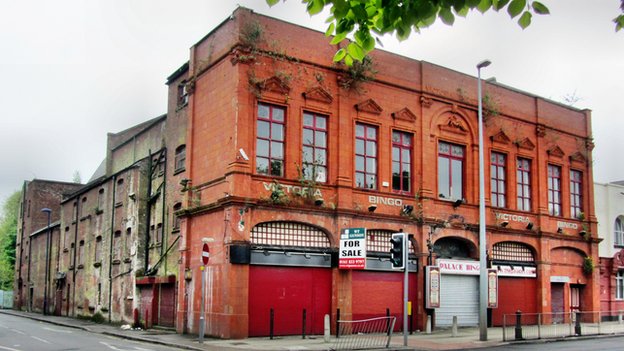 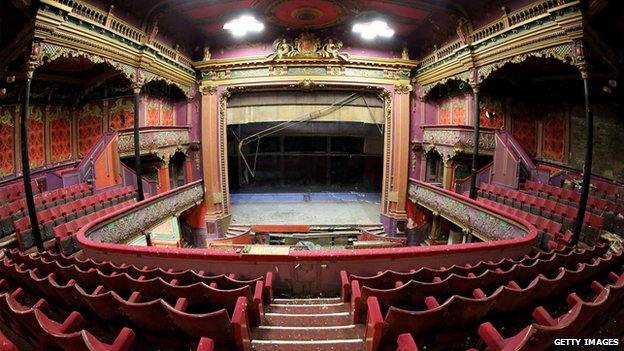 The Brighton Hippodrome is one of three theatres to be given the Trust’s highest risk rating of nine, along with the Plymouth Palace and the Victoria Theatre in Salford.

The Brighton venue, which was converted from an ice rink in 1900, is one of three surviving Victorian circus theatres in the UK, meaning it was built in a big top-style.

It has been empty for seven years after serving as a bingo hall and the redevelopment plans were approved by Brighton and Hove City Council in July.

English Heritage said the proposals were likely to represent a “final chance to save the Hippodrome”, but opponents say they would …read more